On Saturday, December 7th, the Kiwanis Club of Rolling Hills Estates held their annual children’s Christmas party at the Boys & Girls Clubs of the South Bay in Harbor City.  Fifty children from low socioeconomic families attended the event.  The children, grades 1 and 2, were selected from the Boys and Girls Club and Volunteers of America.

Although each child received a gift, the theme of the party was, it was better to give than to receive.  Before the gift giving and to reinforce the theme, each child made two tree ornaments, one to give as gift.  This year’s project was a Christmas bell and an angel.

Before lunch of pizza and fried chicken, the children participated in a series of games.

Of course the highlight of the party was the arrival of Santa Claus.  Santa introduced Mrs. Claus and his helper elf.  As each child received his or her gift Santa asked them what they were going to do in return for the gift.  Mrs. Claus gave each child a candy cane. 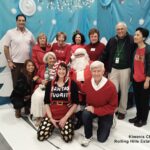 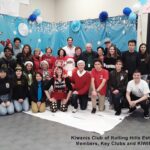 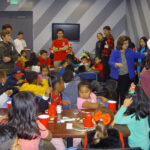 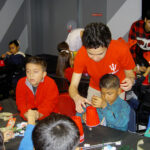 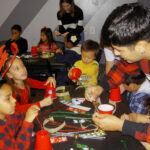 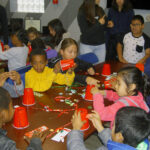 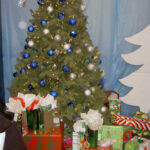 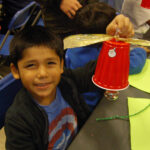 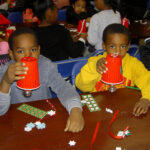 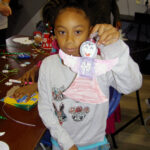 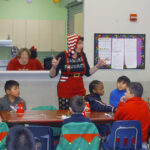 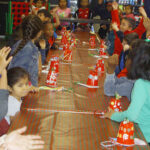 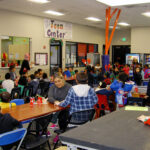 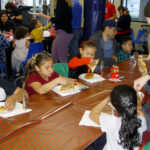 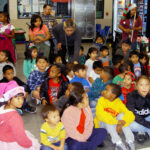 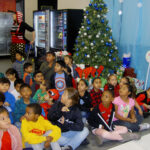 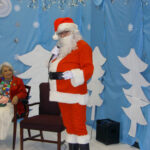 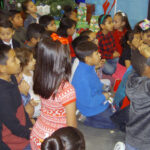 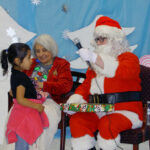 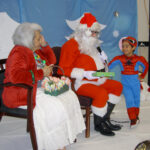 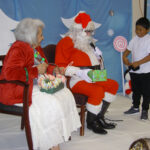 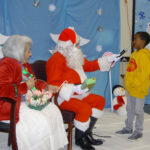 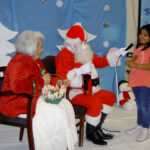 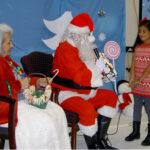 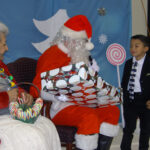 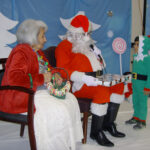