The Prosthetic Hands for Children Project 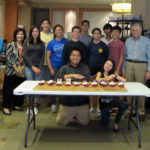 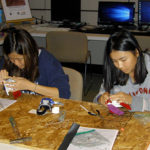 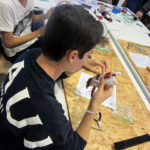 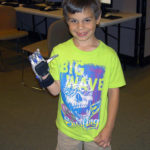 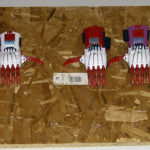 On Saturday, October 22nd nineteen young adults from the three local high schools, Peninsula, Palos Verdes and Mary Star, met at the Palos Verdes on the Net (PVNet) Education & Technology Center in the Promenade Mall, Rolling Hills Estates and assembled ten prosthetic hands as a one day Kiwanis project. The students were all members of one of the Kiwanis on campus service clubs, the Key Club or the KIWINS.

The prosthetic hands will be donated to Enable Community Foundation who will than distribute the hands to needy children.

On October 28, 2017 the Kiwanis Club of Rolling Hills Estates held their second annual project to assemble 12 prosthetic hands. The prosthetic hands will be donated to a nonprofit organization for distribution to needy children that have lost their fingers as a result of birth or injury. The components…

On Sunday January 22nd three Peninsula High Key Club members completed the refurbishment of ten children’s prosthetic hands at the PVNET Technology Center. The ten hands will be donated to the Enable Community Foundation. The Foundation distributed the hands both nationally and internationally to needy children. If you like to…